The founder of Thomas Vendôme Investment 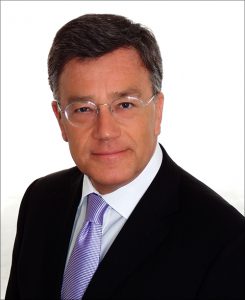 Jean-Pierre Thomas had a significant experience during 15 years as a managing partner at Lazard Bank. In 2013, he left Lazard and decided to settle his own company: Thomas Vendôme Investment.

Jean-Pierre was born in the Vosges. After studying at a French business school and obtaining a PhD in economics, he went on to hold a number of political offices, including Vice-President of the Lorraine regional council and chair of its financial committee, as well as Parliament Member representing the Vosges department. He also sat on the National Assembly’s Financial Committee and acted as spokesperson on the French budget.

Jean-Pierre specializes in budgetary affairs & savings, in this regard he intervened many times in well-known French newspapers. Furthermore, he wrote many reports, including a white paper on privatization and a report on cooperation and relations with developing countries.

His experience of drawing up legal framework includes the “Loi Thomas”, law on personal pension plans, which was passed in 1997 and introduced French-style pension funds.

Jean-Pierre has in-depth experience with Russian relations, having been tasked with several projects aimed at boosting economic cooperation between France and Russia. He was appointed Special Representative of the French President in this capacity, drawing up the framework to establish a Euro-Russian economic zone.

In 2004, Jean-Pierre created the Cercle de l’Epargne; He is chairman of this think-tank focused on effectively managing savings and pensions.